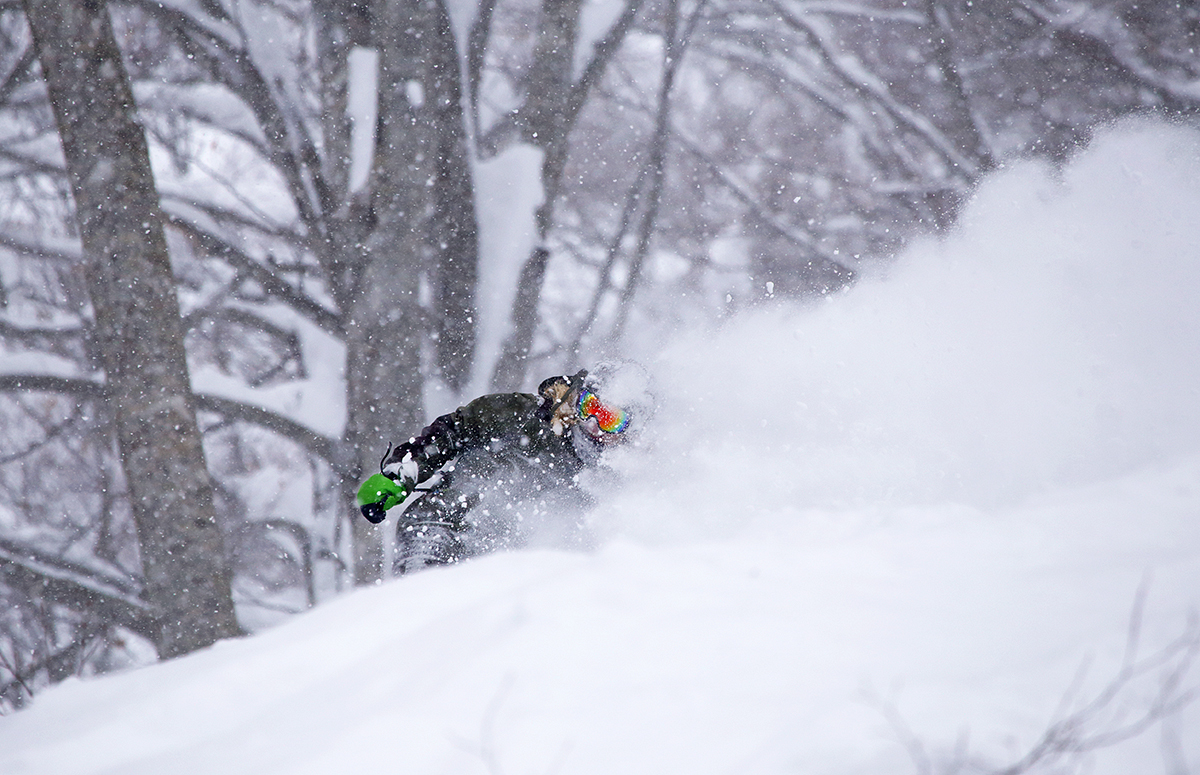 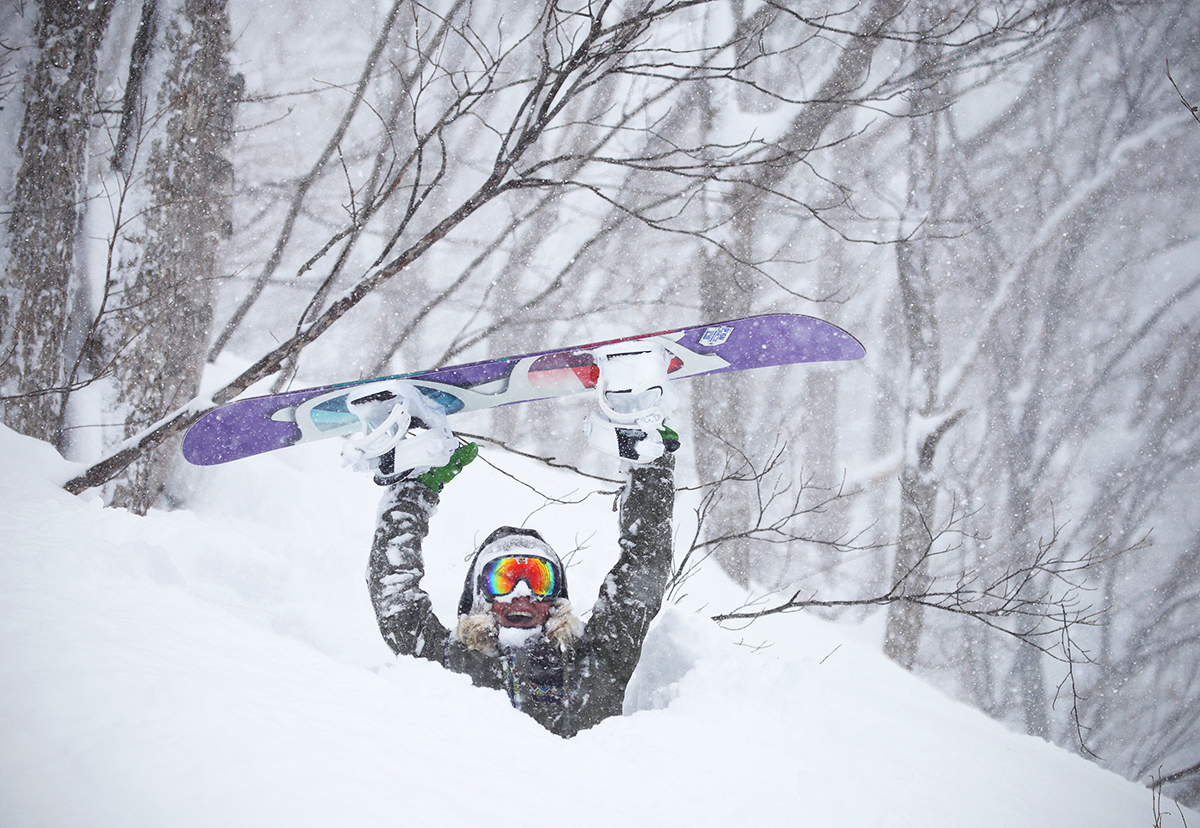 Judita hiking out through too deep snow on Sunday.

We have some extremely variable weather in Nozawa Onsen. Highly isolated but frequent snow showers are producing dumps which last less than half an hour interspersed with blue skies and sun. For today we expect some moderate falls, heavy at times and cooling temperatures. Winds will be moderate on the higher reaches of the mountain.

The best skiing areas today will be all over the mountain for intermediate to advanced skiers and boarders. There will be some nice stashes of powder about the trees with 10cm having fallen at Yamabiko since last lifts yesterday. Beginners and kids might be more at home on the groomed runs of the lower half with lighter winds and improved visibility.

Yesterday saw very good conditions across all elevations. The morning was epic with very cold temperatures, which kept the snow fast and dry, and bluebird skies. The powder had consolidated since the heavy falls of the day before which opened up a lot of terrain. Yamabiko was once again skiable as were all the other popular trees runs. North facing backcountry slopes had improved stability but south facing slopes were sketchy.

According to the forecast moderate falls should continue today before easing overnight, at which point light snow showers are expected. A clearing trend is expected from thursday afternoon. Friday should be clear but warm by the afternoon.

The deep powder of Sunday.

Got a great Nagano ski video that you’d like to share? Or would like to show yourself off to the world by presenting a guest snow report at The Daily Flake? Upload your best efforts and then contact us with the details!