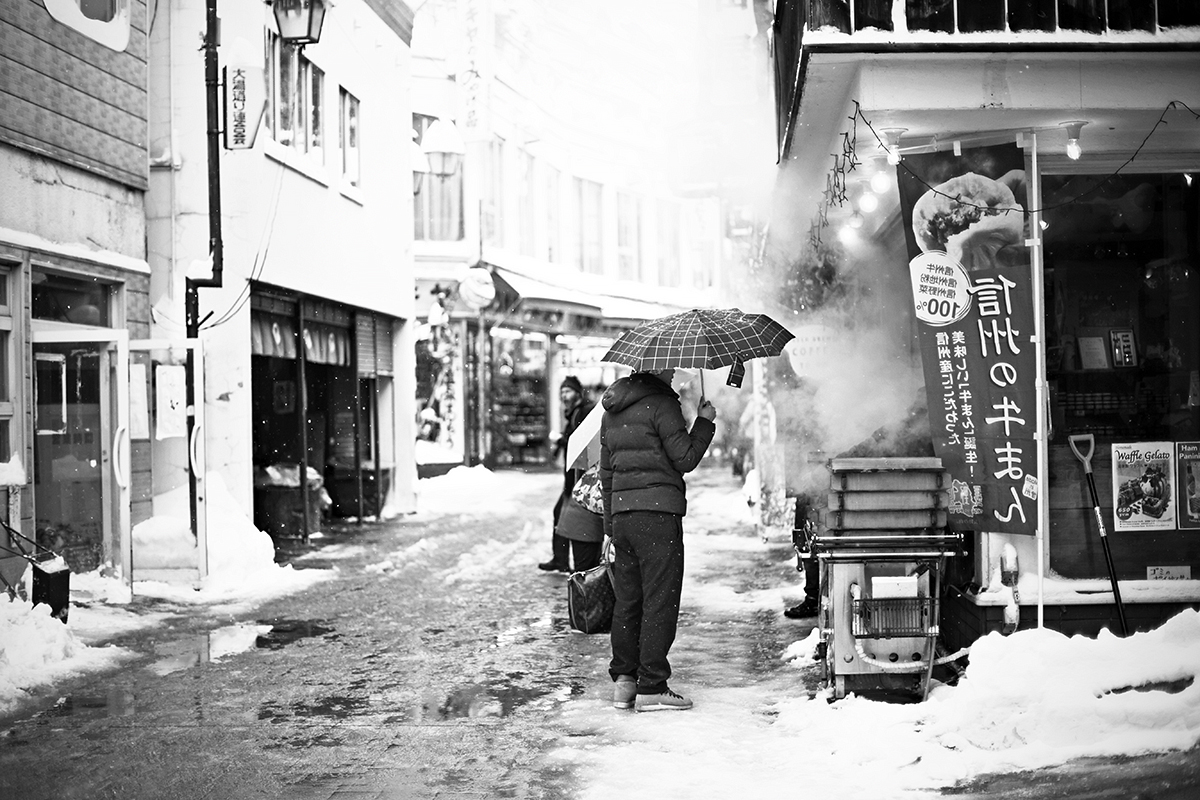 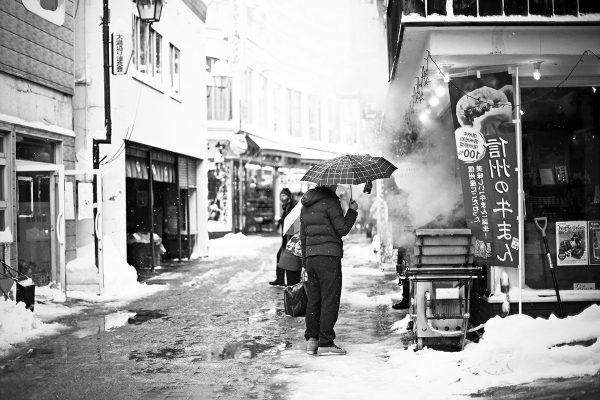 Oyaki in the main street of Nozawa Onsen.

Its an overcast morning in the village this morning. As expected temperatures are mild but at least there is no sign of the expected rain for the time being. There is a strong inversion layer across the mountain with warmer temperatures at the top then the bottom. The best skiing and boarding today will be had on the groomed runs and the park will be good fun as well. Off piste runs will be heavy going with the predicted warm temperatures.

We a still expecting wild swings in the freezing level over the coming days. Temperatures will drop dramatically overnight and around 10-20cm of powder is expected. Saturday should be warming but nice early on. Sunday will be warm with potential of rain. Moving on, we should be seeing some more decent falls of snow from Monday onwards with a return to the traditional NW airstream that brings Japan plenty of pow.