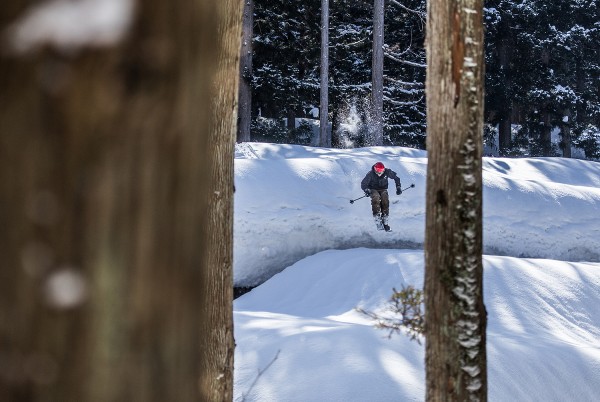 Continuing on the trend of clear bluebird mornings we have a cloudless sky, light winds and golden rays of early light in Nozawa Onsen.

Fun in the sun.

It will be yet another good day of skiing and boarding, with a focus today on the pistes and park. Off piste still holds the occasional patch of dry untracked snow up high but most well known areas are tracked out. Now for the powder hounds its a matter of waiting for the fresh to fall once more.

We should expect more snow to start to fall later today when clouds are forecast to return. Tomorrow moderate to heavy snow showers are expected in combination with moderate winds. Very cold temperatures are predicted Friday and Saturday sitting at around -12C at the peak. Moderate to heavy falls will then continue into Saturday becoming lighter on Sunday. By Monday snow will become sparse but a few flurries may still occur.