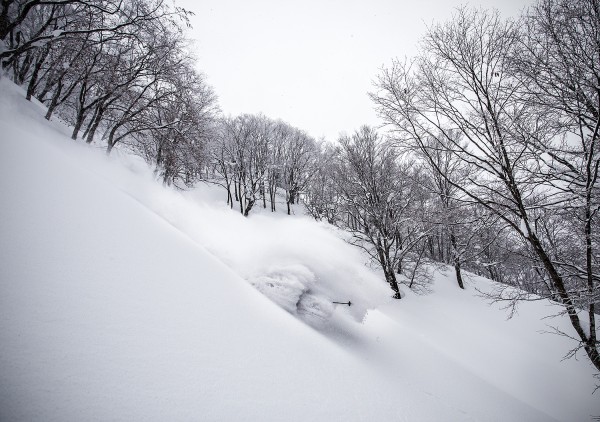 It is a partly cloudy morning in Nozawa Onsen today with a dusting of 1cm recorded at the top, no significant falls have been reported as of yet. Until some significant falls occur, a possibility later in the day, the best skiing will be had on the groomed runs which will be in great condition thanks to the relatively light crowds yesterday.

Yesterday saw beautiful and quite warm sunshine last until late afternoon. It was a great day to make laps of your favourite pistes. Snow quality at Yamabiko remained excellent as usual and the two natural halfpipes were in fine form. It felt very good to spend some quality time in the sun.

Snow is definitely on the forecast for the next few days. Today moderate snow is predicted to fall, starting at any time from here on in. Tomorrow we should see some slightly heavier falls that then should ease on Sunday. Potentially Monday will be a nice clear bluebird day with ample fresh powder.