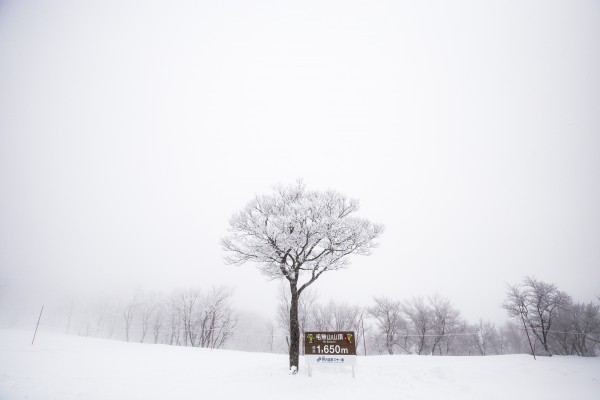 The atmosphere is latent with moisture this morning and not of the good kind. Light rain is falling and right to the summit of Mt Kenashi there are positive temperatures. So for those venturing outside today you would be wanting some of the finest Gortex around, or expect a good soaking. Thats the negative out of the way so lets take a look at the immediate positives. Snowfalls are on the way and very soon indeed. Tonight we will come under the influence of a brisk NW flow that will dump heavy snowfalls right on Nozawa. I said yesterday we may wake tomorrow with 30-40cm on the ground and I stand by this prediction this morning. But for now the skiing will be wet and slushy. Walking around town the snow feels very slippery so I am hopefully it won’t be sticky snow at all on the mountain today.

Yesterday we were set upon by warm sunshine and fantastic spring skiing opportunities. It was a fun filled day on the slopes with ski and snowboard demos on at Kandahar Raceway and a generally relaxed vibe on the pistes. The snow was decent, firm in the morning then becoming a kind of soft ice that was fast flowing in most trafficked areas. During the afternoon atmospheric views of the surrounding countryside abounded as bands of mid level clouds past over the region.

After tonight’s heavy snowfalls we should see light to moderate snow showers continue tomorrow with possible slight breaks of clear weather. Its likely stability will be very low thanks to a drastic temperature swing and rapid accumulation later tonight; tomorrow will be a day to keep cautious. Continued snowfalls are expected later in the week from a seperate NW flow that will commence on Wednesday night and last until at least Friday. Top ups will be continued and probably amounting to 20-30cm for each 24hour period associated. This weekend looks to be generally fine before another run of snowfalls from early next week.